skip to main | skip to sidebar

oh my god, how is this possible?
The sound and all, oh my god, i think you can´t say anything other to this....

Wow, that almost looks like an instant sleep attack!

spaztic cat is stoned, that is neither cute or funny.

I've had enough cats to that this cat isn't sleepy, he's drugged. The possibility that they drugged it just to get the footage makes me sick. It encourages that behavior and should not be posted.

The head hitting the table makes me think this one might be related to Obama.

Related to Obama? You're an idiot.

why do people take this stuff so seriously. the accusations of animal abuse are ridiculous. that cat is HILARIOUS! i've watched this a MILLION times and it keeps getting funnier!!!!!!

omg thats so funnny! so cute too!

some of these cats, like spaztic cat is so obiously drugged, its not funny. this website should not enable these people by posting there videos. Its terrible and should not be allowed.

What is this with people accusing someone of doing something cruel to an animal just because it nodded its head? My cat does that - heck, *I* do it! It's called "SLEEPY" - and this is funny, wish I'd caught MY cat! (please, no one catch me at work!)

I think that this is very cute. I doubt anyone would go to so much trouble as to drug the cat, just to get this footage, and post it on this site. Get over the idea the cat has been drugged and accept the cat is just REALLY tired! My cat does this all the time, heck, he sleeps with his head upside down and almost half of him hanging of the edge of the kitchen table!

Now thats funny. Cant stop watching the clip and laugh even more every time a see it

that's some funny stuff. and yeah, get over the drugged thing. if the cat was drugged, i doubt it would wake back up. sheesh.

I agree. I think its really stupid how people accuse the people of doing this and sound so confident that they did drug the cat. How do you know if they drugged the cat? Did they specifically say it? Why are people like that, its a video and its funny. Just enjoy what you see. Don't think everyone is cruel except for you.

To those who think the people drugged the cats just to get this video; veterinary sedatives are highly regulated (even moreso than human sedatives). So, it leaves me to believe that, if, they are in fact drugged, it is likely after a vet visit (IE after surgery, being altered, etc)

In my opinion at least in this case, the cat is just very, very sleepy.

i watched it over and over again, and laughed harder each time. Thank you, for such a great web page, mikki

OMG So Funny, I Laughed my butt off

While I have to admit I find this video cute, drugging cats is all too common, and could be an issue here. Since there's no proof, and so far no reason to suspect since it may just be narcoleptic (yes, it is possible!), I intend to enjoy it and hope that you can as well. A bump that small won't hurt it - if it did, it would sleep on a couch.

you people really need to find something more productive to complain about instead of accusing someone of drugging an animal. there are sedatives for a reason, and they are used on animals all the time. safely.

THE CAT IS NOT DRUGGED! IT WOULDN'T WAKE UP, OR MOVE IT'S HEAD UP EITHER. THERE IS NO PROOF, BUT WHO WOULD GO THROUGHT SOOOOO MUCH TROUBLE TO POST ON A SITE. ON THE OTHER HAND, IT IS HEAD SMAKING HILAROUS!!!!!!!!!!!!!!!!

FROM
THE ANTI- ANIMAL DRUG ASSOCIATION

Rated for sleepiness on a scale of 1-5. (5 being the sleepiest) 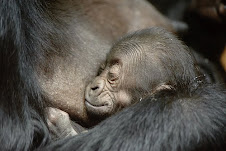 (check back each Friday for a new pic)

The Cutest and Sleepiest